In this episode, we follow the first part of Pytheas the Massaliot’s travels to the little-known northern regions of Europe, as he reaches first the peninsula of Brittany, and then, the southern coast of Cornwall. 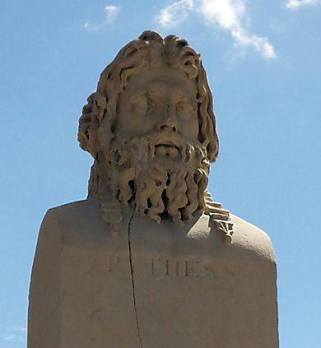 This is a statue of Pytheas which can be found in the old port of Marseille, Pytheas’s hometown. 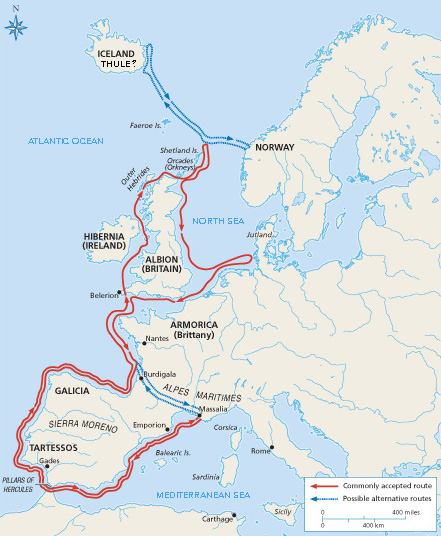 This map shows Pytheas’ journey to the north, although I disagree with the author that the “commonly accepted route” is that which passes around southern Spain. The more recent historians which I have read, including Cunliffe and Roller, actually view the route to Burdigala as more likely, which is why it is the one which I described in the narrative.

By the end of Episode 3A, Pytheas is still in Cornwall. Be sure to join me next time as we accompany him on his journey to the Orkneys, Iceland, and beyond…