In this second part covering Alexander and Nearchus’ travels into India, we follow Alexander’s army and fleet as it sails down the Indus’ tributaries to finally reach the great river itself, sweeping aside all opposition in its path. In addition, we introduce Alexander’s idiosyncratic pilot, Onesicritus. 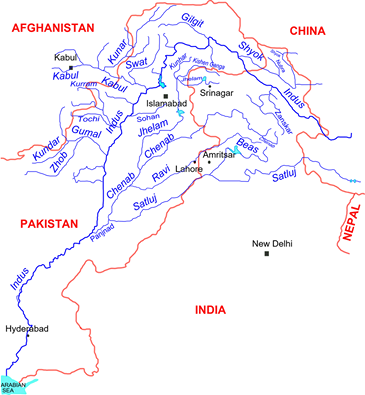 Episode 4B: This is a map of the Indus River basin. Alexander set out from the Hydaspes (Jhelam), moved his fleet to the confluence of the Chenab, where he almost met with disaster because of the current, before finally moving down the Chenab to the Indus.

His total travel distance as a crow flies was somewhat over 1,000 km, and it took him some 8 months to reach the delta. 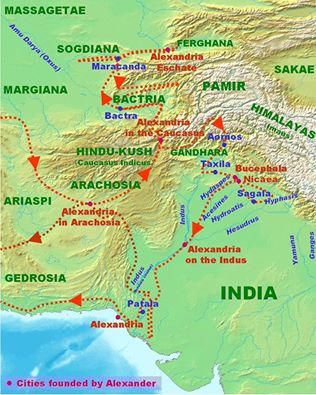 Alexander’s Indian conquests, with the Mallian campaign taking place around the confluence of the Hydaspes and the Aescines. After the campaign, Nearchus would base his fleet at Patala (Hyderabad) and it is from Patala that he will depart on his epic voyage to the Indian Ocean.
I chose not to go into too much detail with regard to Alexander’s Indian conquests, because this is the history of exploration, and not the history of Alexander, or the history of ancient warfare, after all.
I hope Episodes 4A and 4B did an adequate job setting us up for Nearchus’s journey, which I intend to be the main dish to our Alexander meal.

6 thoughts on “Episode 4B: Down the Indus River”