In this episode, we look at the brief and abortive Greek attempts to explore and circumnavitage the Arabian coast, with a particular focus on the island of Tylos, its wonderful flora, and its mysterious people.

Episode 5: An absolutely wonderful example of Greco-Buddhist art, which originated through sustained Greek influence in the Indus river valley and Central Asia in the years following Alexander’s death. 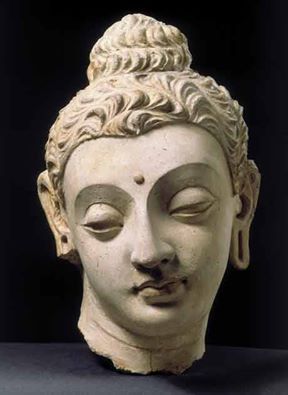 Episode 5: Probable location of the ancient trading city of Gerrha. Although the city was noted as being a major transit points for goods coming from India and the East on their way north to the large Mesopotamian population centers, surprisingly little is understood about the city or its inhabitants. Most likely, Gerrha, like nearby Tylos, was a multiethnic and multicultural hub.

This figure dates from some 200 years after Tylos’ discovery by Alexandrian explorers. Of particular interests here is that the lady depicted is wearing a chiton, or a traditional Greek and Hellenistic tunic, showing that the culture of Tylos came under heavy Greek influence in the centuries following the voyages of Archias, Androsthenes and Hieron to the island. 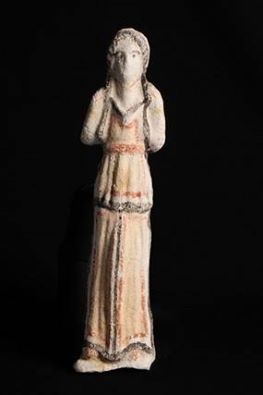 3 thoughts on “Episode 5 – Tylos and the Arabian Coast”